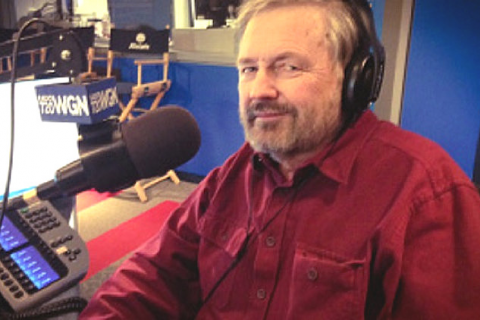 John R. Schmidt retired from CPS after a more than 30-year career as a librarian and teacher. He has always loved history and writing so it is no surprise that as a retiree, he embraced his love of both. He started out teaching college level history and focused more on his writing. John says, “being retired meant having enough time to write as much as I wanted, without having to make a living doing it.”

As a fifth-generation Chicagoan, he has a deep love of the city and the surrounding suburbs. It is no surprise that a couple of years after retiring, in 2009, he was hired as the first Chicago history blogger at the Chicago Tribune’s ChicagoNow platform. Two years later, he moved over to WBEZ. After starting there as a blogger, he was a regular for an on-air history spot for seven years and he still get calls to do the occasional radio or TV work.

During his time as an education professional, John earned his PhD in History at the University of Chicago and throughout his career, he enjoyed dabbling in historical writing. Over the years, John has published nearly four hundred articles in magazines, newspapers, encyclopedias and anthologies. He has also published three books, with a fourth coming out April 2021, Unknown Chicago Tales. To learn more about John’s work visit his blog at https://chicagohistorytoday.wordpress.com/. It is common for teachers to write stories and books throughout their career and in retirement. John suggests, “that aspiring authors create a blog for their work and forward their best work to publishers.”

When John isn’t writing, he enjoys bowling, golfing and traveling with his wife. He gives back to the community when he can. He spent 12 years serving on the Park Ridge Library Board, including two years as president. His words of wisdom for future and current retirees are, “Do those things you always wanted to do. You’re going to get older anyway, so you might as well do something useful.  And if you can have fun doing it, all the better.”

This item appears in